Home / How we can help you / Sexual Health / HIV / Risk, Transmission and Prevention

HIV has changed a lot since it was first identified in the early 1980s – both socially and in terms of prevention, provision and treatment. However, there still remains a lot of social stigma around HIV and despite effective treatment making HIV a very manageable condition, HIV still is a lifelong, chronic illness with no cure which is again on the rise in many communities. Regular testing to know your status is the best way to combat HIV transmission, and early diagnosis and treatment insures that a person living with HIV will become Undetectable and will not transmit the virus – the medical concept of Undetectable= Untransmittable or U=U. Furthermore, accessing new game-changing medications PrEP and PEP are great new tools we as a community have in the fight against HIV. 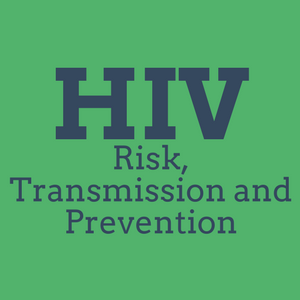 HIV stands for Human Immunodeficiency Virus. It is a virus that damages the cells in your immune system, leaving you open to everyday infections. While there is currently no cure for HIV, early diagnosis and treatment of the virus means that the condition can be managed and a person living with HIV can have a long and healthy life – therefore if you think you might be at risk of exposure to HIV it is vital that you get tested.

Failure to test for HIV and enter early treatment can lead to significant health problems further down the line. Specialists now prefer to use the term ‘advanced’ or ‘late stage’ HIV infection, which acknowledges that symptoms of the virus can continue to be suppressed through effective treatment.

Very few people are living with AIDS (Acquired Immune Deficiency Syndrome), a serious illness which is caused by HIV. AIDS is generally used to describe how HIV has impacted the immune system so significantly that it has stopped working effectively, and the person develops a life threatening illness(es) such as pneumonia. You cannot get infected with AIDS.

How is HIV transmitted and what are the symptoms?

Transmission is when a HIV negative person is exposed to HIV and is infected with the virus, becoming HIV positive.

Not every case of exposure will result in the transmission of HIV. In order for HIV transmission to occur there needs to be direct prolonged exposure or contact with bodily fluid(s) of an infected person.

Fluids such as tears, saliva, sweat and urine do not contain sufficient quantities of the virus to cause transmission.

How HIV can enter the body

If you remove one of the factors, transmission cannot take place. Remember, condoms are the most effective way of removing the route of the virus into the body. However, advancements in preventative HIV medications (PEP and PrEP) are having a significant impact on lowering new transmissions of HIV and are a very effective method of preventing the transmission of HIV into the body (PrEP: http://lgbt.foundation/prep PEP: http://lgbt.foundation/pep )

Other factors that increase the risk of HIV transmission

A lot of people do not have any symptoms when they become infected with HIV. Other people may have a flu like illness, aching muscles or joints, develop a rash, have swollen glands or have night sweats. This period is called seroconversion and happens 2-6 weeks after a person contracts the virus. However, we can get these symptoms without having HIV. Also many people do not experience any symptoms of HIV even though the might be HIV positive for a long time.

The only way to know for sure if you have HIV is to go for a test.

Who is at risk from HIV?

HIV can affect anyone regardless of their gender identity and/or sexual orientation. However some people are more at risk of HIV due to who they might be having sex with and/or the sex that they're having.Gay, bi and other men who have sex with men are the most at risk group, with 58 per 1000 of this group in the UK living with HIV. The rates of Black African populations living with HIV are also higher in comparison to other identities.

While rates of new diagnosis of HIV are declining in some areas, in London for instance, in other areas such as Greater Manchester new diagnosis are on the increase.It is important as a community that we work together to fight the increase in new HIV transmissions so regular testing is the best way to fight HIV.

Why is testing for HIV so important and where can I get tested?

Regular testing for HIV is important because an early diagnosis means you can live a healthy life with a manageable condition. Knowing your HIV status can also prevent you from unknowingly transmitting the virus to a partner.

Whether the test turns out to be positive or negative, knowing your status means you can look ahead and plan for the future. People who are newly diagnosed with HIV in the UK are now very quickly placed on antiretroviral therapy (ART), medications which are used to treat HIV. They work by stopping the virus replicating in the body, allowing the immune system to repair itself and preventing further damage.Effective adherence to ART medication means the level of HIV virus in your body is so low cannot be detected by a test – if the virus is undetectable in the body the person living with HIV cannot transmit the virus to a partner. This medical concept has be described by specialists as ‘Undetectable=Untransmittable’ or ‘U=U’ (http://lgbt.foundation/uequalsu or https://ght.org.uk/Undetectable )

Different tests require different amounts of blood and take as little as 2 minutes to develop. At LGBT Foundation we use an INSTI test, which require a small of blood from a pin prick in one of your fingers and takes less than 2 minutes to develop. It tests for antibodies (your body's response to infection) commonly associated with the HIV virus.

A lot of tests have a window period of 12 weeks which means that they're at their most effective and accurate 12 weeks after you've had a sexual encounter with a risk of HIV exposure. If you do receive a reactive result from postal kits and at our rapid HIV testing clinics you should attend a sexual health clinic to confirm that you have HIV positive status. We'll provide you with wellbeing support along the way and link you to our partners at George House Trust, Manchester's HIV positive charity (https://ght.org.uk ).

Regular testing for HIV is the only way to know your HIV status.Depending on the type of sex you are having recommendation of regularity of testing differs. It is generally recommended to test for HIV at least once a year however if you have multiple partners, do not use condoms and/or engage in riskier sex such as chemsex or fisting it is recommended that you test every three months. People who are self-medicating on PrEP (i.e. buying PrEP from an on-line supplier) should test every three months as PrEP does NOT prevent other Sexual Transmitted Infections (STIs). Furthermore, PrEP can have an impact on your renal function (kidney function) so it is important to get a regular full sexual health screening at your local Sexual Health (GUM) clinic.

At LGBT Foundation our staff uses INSTI kits to test for HIV. The test is quick and simple, it requires a very small amount of blood from a pin pick on your finger, and results are available in less than 2 minutes after the test is carried out. The test gives one of two results; either reactive or non-reactive. If you get a reactive result our staff will then refer you to a Sexual Health (GUM) clinic so that you have a full blood test to confirm if you are HIV positive (for our testing times http://lgbt.foundation/testing ).

What are PEP and PrEP, and how can I access them?

Post-Exposure Prophylaxis (PEP) is the use of antiretroviral drugs to stop the HIV virus becoming active in your body at the early stage of exposure to HIV, a period which is called seroconversion. PEP is most effective within 24 hours of exposure to HIV but remains effective up to 72 hours after exposure to HIV – after 72 hours the treatment does NOT work therefore it is vital that you access PEP as soon as possible if you feel that you have had a possible exposure to HIV. You can access PEP from any Sexual Health (GUM) clinic or from your nearest Accident & Emergency (A&E) department (learn more about PEP http://lgbt.foundation/pep ).

Pre-Exposure Prophylaxis (PrEP) is a course of medication which involves a person who doesn’t have HIV, regularly taking a pill to reduce their risk of HIV infection. Each pill is a combination of medications.According to a number of clinical trials carried out in the UK and abroad PrEP is a highly effective tool in the prevention of HIV when adhered to correctly. There are a number of different ways in which you can dose on PrEP, and while some people experience side effects they are generally quite mild and pass quickly (learn more about PrEP http://lgbt.foundation/prep )

NHS England have started recruiting patients for the 3 year, 10,000 place PrEP 'Impact Trial. To check which sites (clinics) have started recruitment, visit https://www.prepimpacttrial.org.uk/join-the-trial. The Scottish Health Service in Scotland have announced that PrEP is available to those most at risk of HIV exposure for free (you need to be over 16). If you live in Scotland, visit your local sexual health (GUM) clinic to discuss your options. You can find out more at https://prep.scot/ (Scotland). The NHS in Wales have recently committed to funding a 3 year PrEP 'PrEPARED trial' through All Wales Medicines Strategy Group. PrEP is not currently available through the NHS in Northern Ireland.If you're not currently able to access PrEP where you live you can purchase a course of PrEP (28 days of medication) from a website called iWantPrEPNow.com from around £37.

LGBT Foundation believes PrEP should be available to anyone who might be at higher risk of HIV infection regardless of their gender identity or sexual orientation.