Home / How we can help you / Stop Smoking / My Quit Story

In 1964 my mother told me she’d basically told me she’d take the head off me shoulders if she ever caught me smoking. This was before it was known how dangerous it was and it just felt like something that adults had fun with that they didn’t want you to do. So I started smoking.

I started college in 1969, so of course I’ve been smoking dope for a long time as well and two are kind of intertwined. For a long time, because I wasn’t smoking straight cigarettes, I didn’t think of myself as a tobacco user. It doesn’t make any sense but this is how I thought of it. If I went somewhere where dope wasn’t available than I just wouldn’t smoke.

I had my annual health checkup at the GP and the nurse just blunt out said it: “Mindy your heart is 6 years older than you are”. When you’re nearly 70 that isn’t what you want to hear. So that was it, I used the smoking cessation service at the doctors. Obviously they advised to cease everything but that hasn’t happened. But I can honestly say since the end of August I have not had tobacco. I used patches and that was it.

Never tempt yourself with euphoric recall because it’s a waste of time, so I just don’t think about it. If it ever crosses my mind that I fancy a cigarette I tell myself “Don’t even go there!”. There’s no point, it’s best you have no idea how nice it is because it isn’t gonna stay that way. A friend who gave up smoking years ago who was a more full on smoker than me had an app that tracked it and she saved £47,000. That’s a house in High Blakely, it’s a lot of holiday! I would say to anyone who is younger and is working to spend their taxed income on a taxed product that will kill you, catch yourself on girl!

I started in 2013 when I was 21/22 because of exam stress. I was going to the library every day with a few people who all smoked so I just fell into it, classic. I thought I’d just buy a packet so I didn’t have to bum it off other people all the time but then I just kept buying packets and the rest was history. It would be around 5 or 6 a day back then but it went up to 10-12 and then would be even more when I was drunk.

I first quit years ago. You just know it’s bad for you so you want to not do it. I’ve always tried to do it without any replacement and it’s never worked so this time I’m using an e-cigarette. It doesn’t quite hit the spot in the same way but because I haven’t had to get the nicotine out of my body which I find really hard to do, because you miss it. I’m also not irritable and furious with the world which is what has happened every other time I’ve quit. I’m also using the NHS app but I’ve not yet found a way to input that I’m using a vape so it tells me I’ve expelled loads of nicotine which I haven’t done but it is useful because you can put the things that you’re saving up for an it calculates.

I was a smoker for 18 years. I started around 14 or 15. It was probably peer pressure that made me start. My best friend smoked and asked if I wanted one, so I had one and I was hooked. I’m one of the really weird ones: I love the taste of it, I love the social aspect of it, I love the smell, I just absolutely loved smoking. I’d wake up at 4o’clock every morning religiously, get up, have a cigarette on my balcony and go back to sleep. I was a heavy smoker. 20 on a normal day, 40 on a Friday, 40 on a Saturday.

It was when I went to the dentist to get some extensive dental work done and the dentist basically said to me “there’s no point in doing it if you smoke”. So I just passively said to her “yeah, okay, put my name down for smoking cessation, that’s fine.”.

I had a phone call a week later inviting me to a group so I went along. I lied and told then I had tried everything because I knew nothing would work for me except the Champix I had heard about, I thought it would be the best thing for me. They gave them to me and within two weeks I was smoking two or three a day, that was it! One Saturday I went out and I had gone down to one or two cigarettes a day but that night I ended up smoking 40 cigarettes and I woke up on the Sunday and I couldn’t breathe! I couldn’t cope with having another, I never had another cigarette thanks to the Champix. I also used a vape for a little bit but with no nicotine. I came off the vape when my mum smashed it at the airport by mistake. So I’ve not had nicotine for 3 and a half years and not used a vape for about 3 years.I had 5 grands worth of work on my teeth done on the 3 year anniversary, that’s what it was all for butI would never start smoking again. Part of it is the pride of being able to say I’ve not had a cigarette for 3 years that keeps me going.

I started smoking in school, it was just to look cooler. I would nick tobacco from my older brother then I had a girlfriend who smoked and I would pinch cigarettes off her. It was a social thing. It happened a lot more when I was in college and started buying them for myself. Eventually I stopped and I just sort of smoked when I got drunk, the classic lack of self control. For 3 years I smoked whenever I was drinking but didn’t consider myself a smoker. I was finally at a point where realised it was a waste of money and it would just make me smell. Now if I slip up and have one or two on a night out I cannot breathe the next day. It’s difficult when I’m super drunk but other than that I never crave them now. If at any point it makes you feel like shit don’t continue doing it.

I am 25 and stopped smoking last year after 12 years. There were periods where I would just smoke socially, college lunch breaks and stuff but when I was 16 I moved out and went to Norwich to live with a friend which seemed like a great idea at the time. Because there was no real regulation around me it was a lot easier to. There was no authority, no-one who bothered so there was no-one to stop me. When I moved back up north I moved with my dad who smokes and I was an adult by that point so it didn’t really matter.

I eventually stopped for 6 months when I had a tooth taken out but then I got a new job where I was trying to get to know people. Everyone working there is gay and smokes, moreso then than now, I feel like there’s been a big drop. But it was just the done thing. Just to have breaks and stuff, it was how you would regulate your day. In order to have structure and take a bit of time away that’s what I’d do. I even stopped smoking outside of work, when I realised this I thought what’s the point.

I originally was using patches but ended up having to stop using them because I had a period over christmas where I was at my family’s so I wasn’t tempted to smoke anyway so I stopped using the patches. When I came back and put them on I felt really sick because I just wasn’t used to it so I just stopped. It’s been alright. It’s been almost a year now and I was smoking quite a lot; maybe 25-30 a day.

When I was about 18 I’d run out of weed and only had tobacco left, that’s how I started. Sober I was smoking 5 sometimes 10 a day until I was 25. When I was drunk it would go up to about 15 or 20. I worked in bars so being around alcohol and in social situations with other smokers always made me smoke more. It got too expensive. Obviously health was a problem but I really enjoy smoking so it was really the financial aspect that made me stop. I found it stress relieving and I felt like I was relaxing, usually if I was walking to and from work. I used to never like sitting down and smoking because the smell was disgusting and stale.

It was hard at first but it was just a matter of time and not having the means to do it. As soon as you don’t have cigarettes you get that awkward form of desperation where you’ll ask people which used to happen a lot but over time you just get over it. It sounds bad but it is easier just to go cold turkey because if you have cigarettes you will smoke them and you will buy more. You’ve just got to cut it out.

I’m from Burnley so I started smoking when I was 13, it’s quite normal. Friends had parents who smoked and my grandad is a smoker too so I would steal his cigarettes. It was just out of boredom, there was nothing to do. I think I also probably used it as a coping mechanism, it’s the same with alcohol which I’ve used as a coping mechanism. I think my queerness definitely has had an impact in the past

When I started going out out when I was about 17 you could still smoke in clubs and stuff. I didn’t smoke all the time, just on and off but especially when I was drunk. It’s just the association I had with drinking I’d get that craving and needing a fag. I’m alright if I’m a bit tipsy cos I can tell myself “no, you don’t need one” but if I go too far I’ll think it’s fine. I’m trying not to smoke tobacco, stress has made it hard to cut down but I did manage to stop smoking completely for 6 months. So I need to find better coping mechanism. In the past I used a vape and didn’t need to smoke tobacco.

I first started smoking when I turned 18 just because I wanted to be cool and smoke weed but I needed to learn how to smoke first. I would probably 3 a week to keep my practice up. It turned into a more regular habit when I started my foundation degree and I had more friends that smoked and got worse when I went to uni and lived with lots of people that smoked and enjoyed it a lot.

I needed to stop because I was doing lots of horrible, gross coughing. Skin and insides of my teeth were turning yellow. It was not so much to do with the packaging. My friends would pretty much played Top Trumps with the horrible images on packets and when you get a rare one it’s like getting a shiny in a Pokemon packet. It was more aesthetic and money based things rather than health. 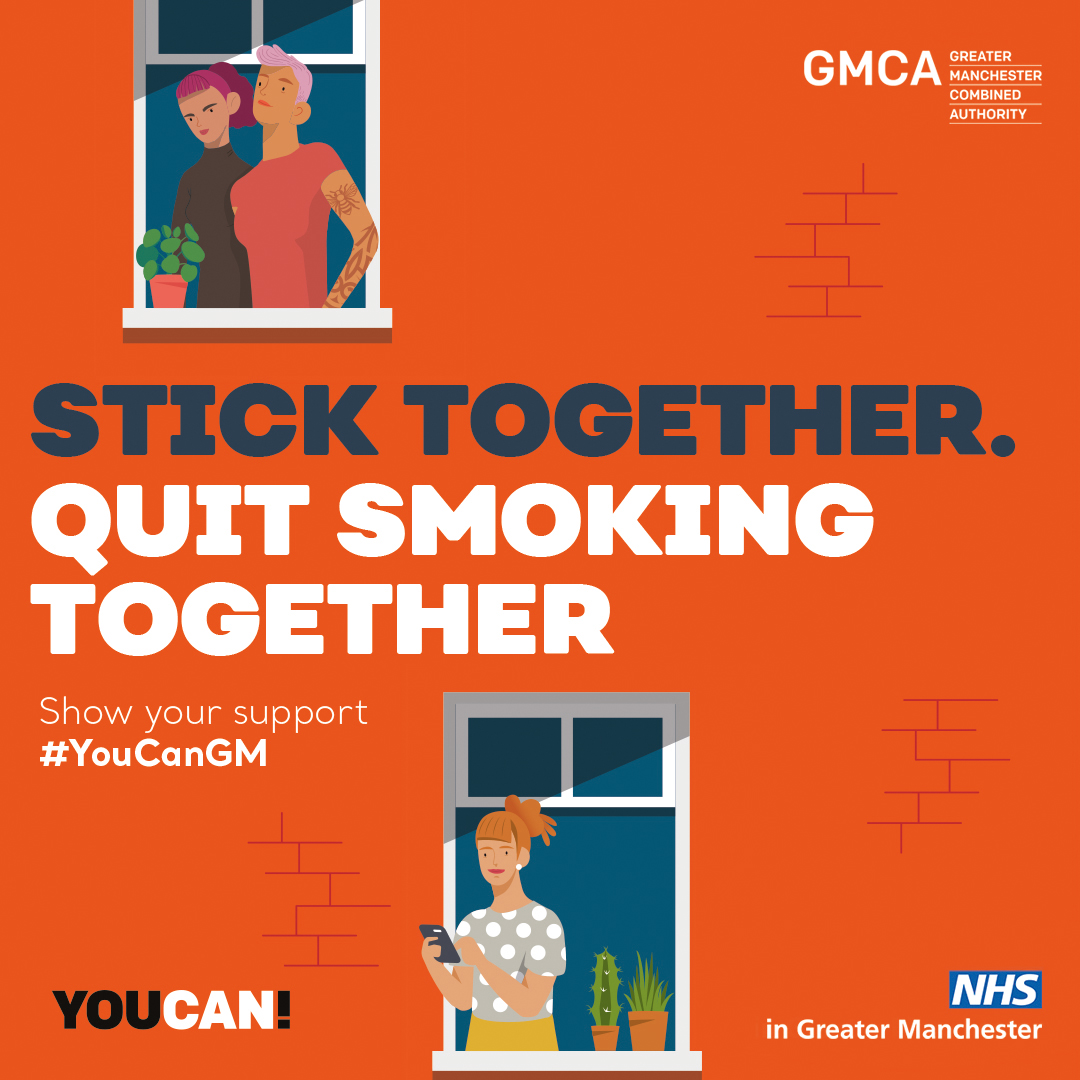 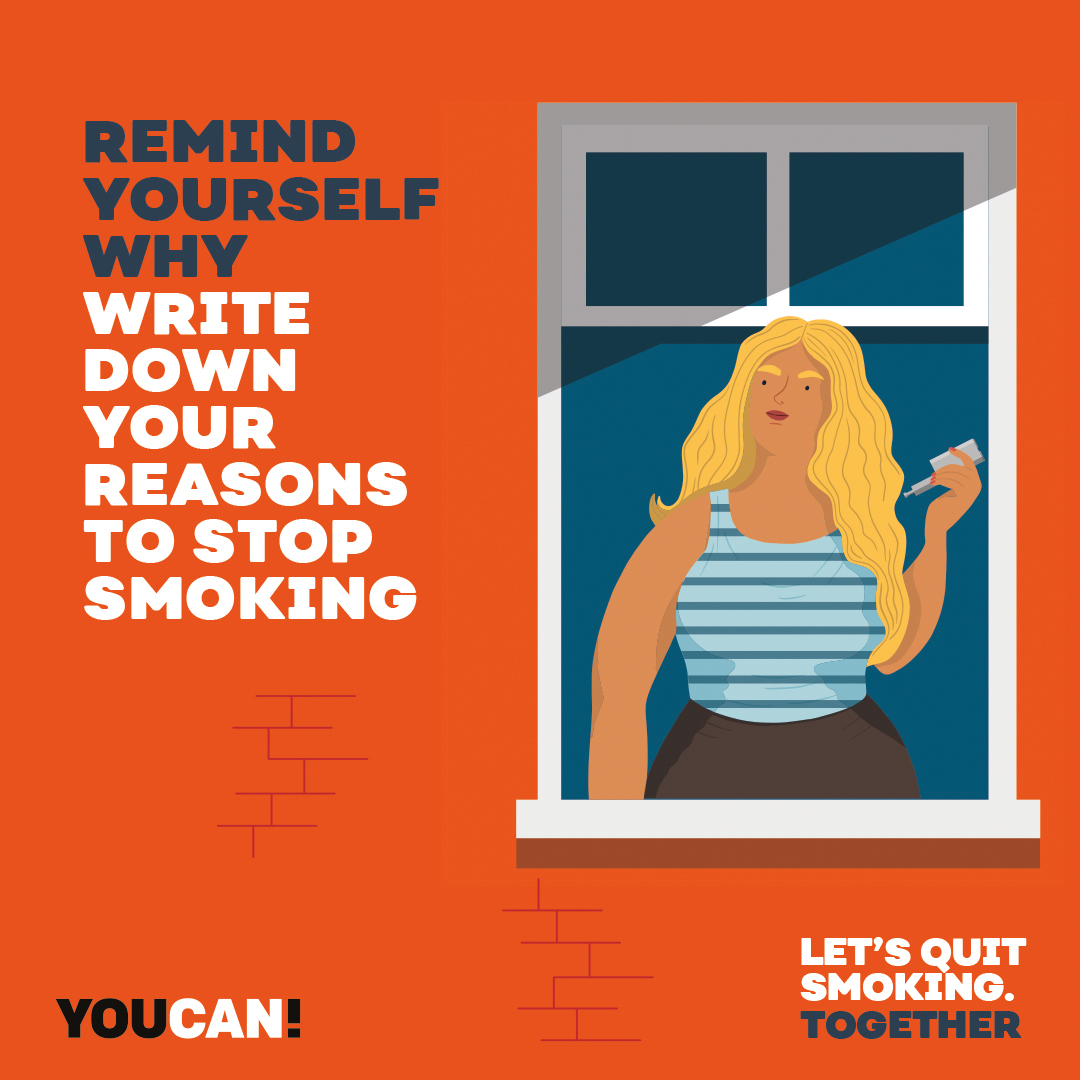