Viewpoint - Manchester Bombing – One Year On 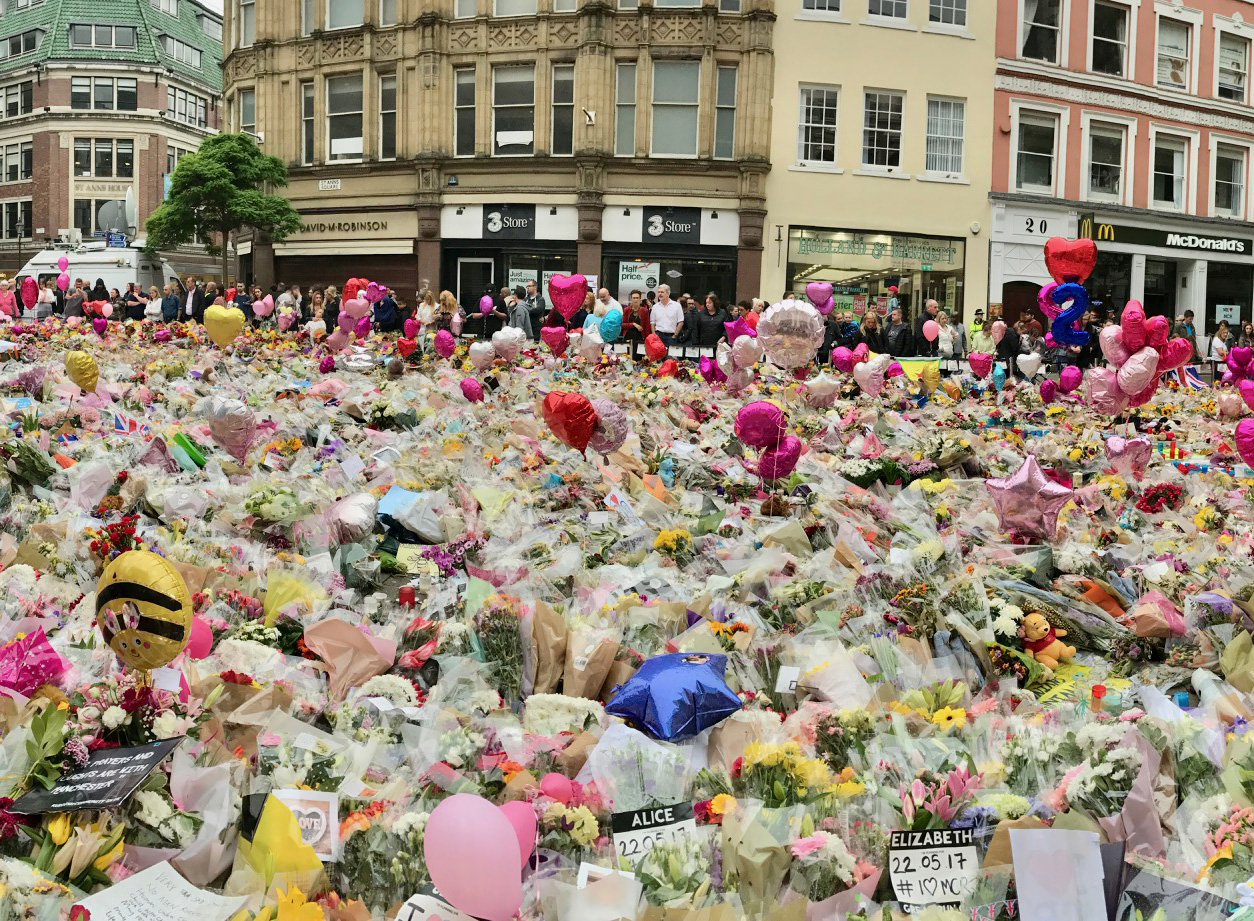 One year on from the attack at the Manchester Arena, James Harris looks back at the impact this had on all sections of the community, and the how resolve of the city and its people has ensured that such positivity has emerged from something so devastating.

22nd May 2018 marks the one year anniversary of the Manchester Arena bombings. One year since the terrorist Salman Abedi detonated an improvised device in the foyer of the MEN arena during the closing moments of an Ariana Grande concert, resulting in the deaths of 22 people and the injury of many more, many of them young girls and members of the LGBT community.

"Those who lost loved ones, and those who were left physically or mentally injured, will always have a place in our thoughts and we will never forget the 22 people, including children, whose lives were taken away. The first anniversary of the attack will be an intensely emotional time for a great many people. “

Meredith Davis – 18 at the time – was at the concert during the attack, but luckily escaped injury. She speculates on the warped ideology that may have helped isolate the Arianna Grande concert as a target:

“This concert was a place where young girls and members of the LGBT community felt safe and celebrated. Ariana has always made efforts to make those who may be different or oppressed feel empowered.”

It’s persuasive logic; Grande has frequently spoken out in support of LGBT/women’s rights.

29 year-old Martyn Hett was among those who died. He was fun, full of life and loved by many, and had a strong following on social media. Well known for being a Coronation Street super-fan, the creators of the show recently dedicated a bench on set in honour of his memory. He had been a strong supporter of LGBT rights, and was due to begin a two month trip to America.

Martyn’s father, Paul Hett, said at the time: “It’s the most difficult time of your life. No parent should ever have to bury their own child. But the help that people have given us, and are still giving us now, shows the true Manchester spirit.”

A play celebrating his life titled ‘Be More Martyn’ is due to run at Hope Mill Theatre in Manchester from Monday 21st to Saturday 26th before travelling to Brighton and London. All the words spoken on stage are verbatim, taken directly from interviews with eight of Martyn’s closest friends.

Many other LGBT individuals were affected and even involved in the emergency response; and one of our own team was also at the concert, though thankfully emerged from the experience shaken but unharmed.

Besides remaining vigilant and making a dedicated effort to understand the twisted motivations behind such evil acts in the hopes of preventing future atrocities, all we can do is sincerely remember the victims, and support those loved ones still struggling with grief.

But what of the survivors, those physically injured and emotionally traumatised by their experiences – how have their lives progressed in the aftermath of such horror?

Hollie Booth – wheelchair-bound by injuries endured in the attack – recently appeared on TV whilst auditioning for Britain’s Got Talent. The 13-year-old was hailed by Simon Cowell as ‘inspirational’ after performing a routine in her wheelchair; touchingly, her friends also performed in wheelchairs out of solidarity.

Mother and daughter Ruth and Emily Murrell were hospitalised for 6 weeks following the bombing. They joined other survivors to present a Pride of Britain Award to the medics who helped those injured. Mrs Murrell said:

"We are very lucky to be here and we appreciate every day. We've still got a journey and it's still very raw. However we've got this second chance at life."

Even only a month after the attack, members of Parrs Wood High School choir (two of whom were present at the arena during the bombing) sang a version of Grande’s My Everything live on This Morning, then live onstage alongside Arianna Grande herself during the Manchester tribute concert. They also recorded a version to raise funds for the victims.

It would be entirely understandable – necessary even – if the survivors and grieving loved ones struggled to remain positive when privately processing their trauma. But what stands out most admirably about many of their personal stories of recovery since that fateful evening last year, is how much they have managed to bring about something positive from something so profoundly devastating.

Though even the deepest wounds can heal, the scars that remain never fade away completely. They deserve a great deal of recognition and support in light of how much they’ve endured and how far they’ve come.