The project will look to celebrate and commemorate over thirty years of safer sex promotion in Greater Manchester’s LGBTQ+ communities, from the initial response in the wake of the AIDS Crisis in the 1980s through to the present day.

Fusing art, history and stories of personal lived experiences the exhibition will connect throughout Greater Manchester with these important stories of campaigning and activism around sexual health. The project will be led by researcher and curator, Mike Upton, who will work with local LGBTQ+ communities to produce a striking audio-visual project that will showcase the rich histories of campaigns and initiatives that made Manchester a front-runner in the national response to HIV/AIDS.

Commenting on the launch of project, Mike Upton said: “As someone who has worked in sexual health for several years, I appreciate the impact this has had on the people’s lives over the past three decades – from the activist roots in response to the AIDS crisis, to recent developments such as PReP. I am delighted to be working on a project that will chart such a crucial part of the LGBTQ+ community’s recent history. The stories of the past three decades will form an important part of this work and I am looking forward to speaking to people across Greater Manchester and to hear how their lives have been touched by these campaigns.

Paul Martin, Chief Executive of LGBT Foundation, added: “LGBT Foundation is built on a rich history of grassroots activism and community involvement. Sexual health and safe sex promotion has played a significant part in our development and we have continued to provide a listening ear, support and information to individuals who had nowhere else to turn. We are delighted to be working with Mike and the local community on this project, which will provide a lasting legacy to the stories people and events that have shaped safe sex promotion in Greater Manchester over the past 35 years.”

Oral histories will form an important part of the project and Mike is looking for anyone who may be interested in sharing their personal experiences or involvement in safer sex and sexual health initiatives, or those affected or involved with campaigns around HIV/AIDS. Anyone interested in getting involved should email Mike in the first instance at [email protected] 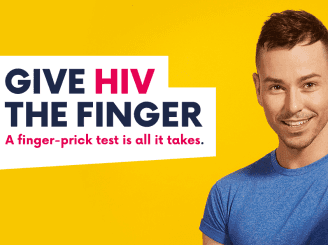