This week DP Building Systems launched a new 5-1 rainbow charging cable in order to raise money for LGBT Foundation to continue its work in supporting LGBT people and helping to end needless LGBT suicide. The inventor of the product Adam* tragically lost his friend Jake* to suicide after he struggled for years with issues related to his sexual orientation and his fears that he will be “bring shame” and be rejected by his family. 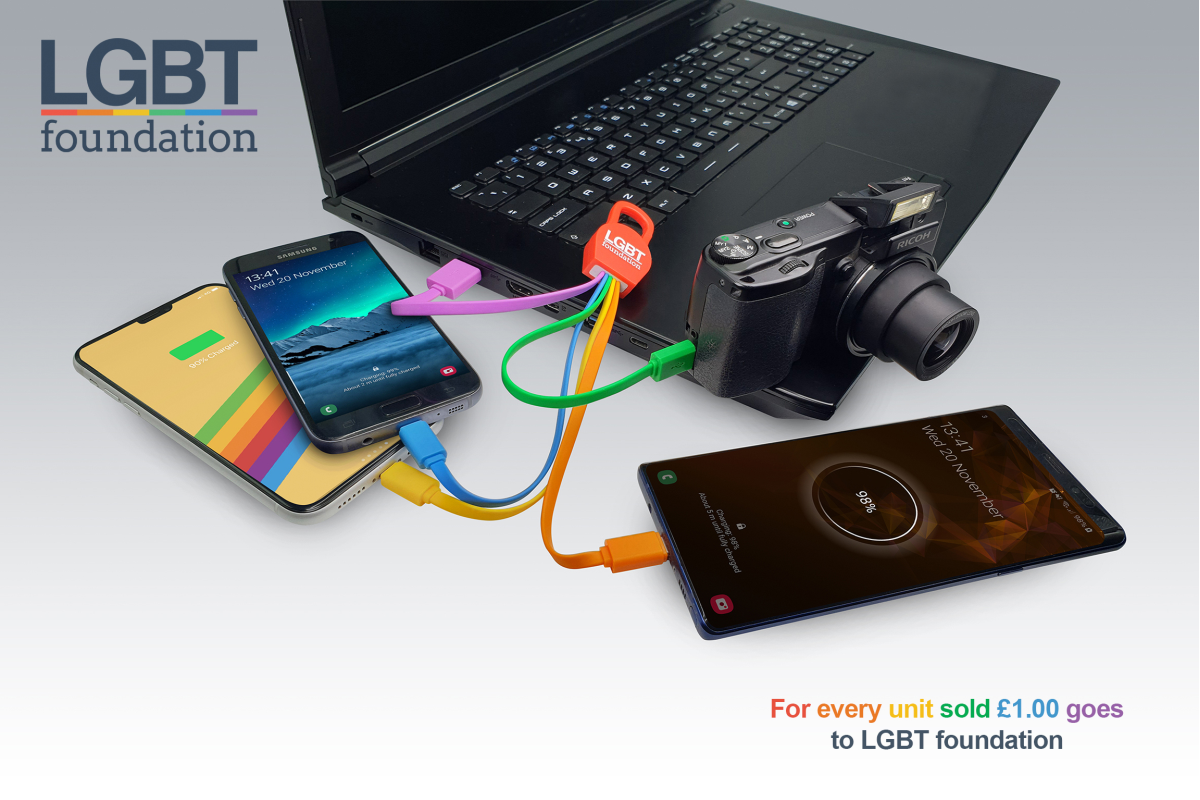 “I went to school with Jake* in the late 1980’s. We were in boarding school together and to be honest life in and out of school was very good. After school, as many people do, we went our separate ways in life. A few years later, we reconnected again on Facebook. We met up and remembered the old times and was great to look back and catch up.

It was at this point that Jake* finally came out to me and told me that he was gay. I asked why he had never told me before. He said it was a time in his life were he didn’t know what/where/when to tell me. Boarding school can be a n extremely difficult place, but I had no idea that he was struggling.

We continued to meet up in the future years, and in 2008/9 I was informed that Jake* had taken his own life. He had left me a letter which was sent to me. In the letter he explained how he had felt over the years, how he felt now. He was in a dark place as he hadn’t told his family and to use his own words, “I am fed up of going to weddings and then being quizzed after by the family when will I be getting married”.

He explained that he still hadn’t told his parents or sister and they have no idea. He said he didn’t want to shame his family. Which is crazy. He didn’t even tell me which is the heart breaking for myself.

He is a great guy, and very much missed. I just wish he had the support of an organisation like LGBT Foundation. No one should feel that their own option is suicide.”

LGBT Foundation’s helpline, which will be celebrating its 45th anniversary in January, supports thousands of LGBT people who have nowhere else to turn. Those who accessed this service received support and information on a variety of topics including issues relating to sexual orientation and/or gender identity; support with coming out; information about general health, sexual health and mental health; support following instances of hate crime including reporting; and issues around social isolation. This service has enabled us to o ffer support to people in remote areas, including those with little or no contact with the LGBT community or other services. 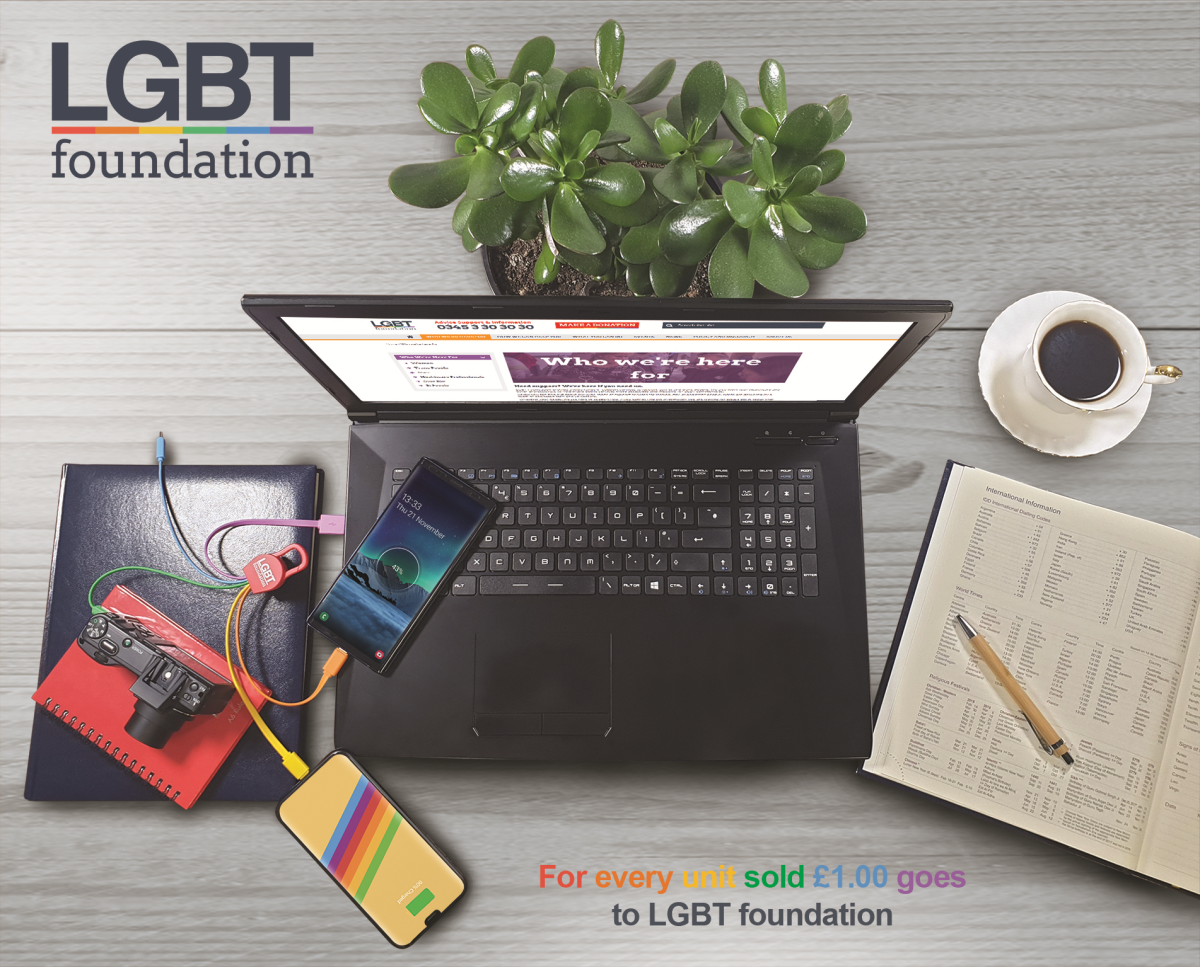 “LGBT people experience disproportionately poor mental health in comparison to the general population, and are at much greater risk of experiencing suicidal thoughts or attempting suicide.

When Adam* got in touch with us, our whole team was moved by his story. It was a timely reminder of the fact that many of our communities struggle with coming out or fear not being accepted by their families and friends. Each year we receive thousands of calls from people like Jake*. Fundamentally, no one should be denied the right to a safe and happy life.

I am proud of the life-saving work that LGBT Foundation does in supporting over 40,000 LGBT people every year. It is with help from people Adam* that we are able to continue to be there for every single LGBT person who needs us and prevent needless LGBT suicide. Together we can ensure a safe, healthy and equal future where every LGBT person can achieve their full potential.” 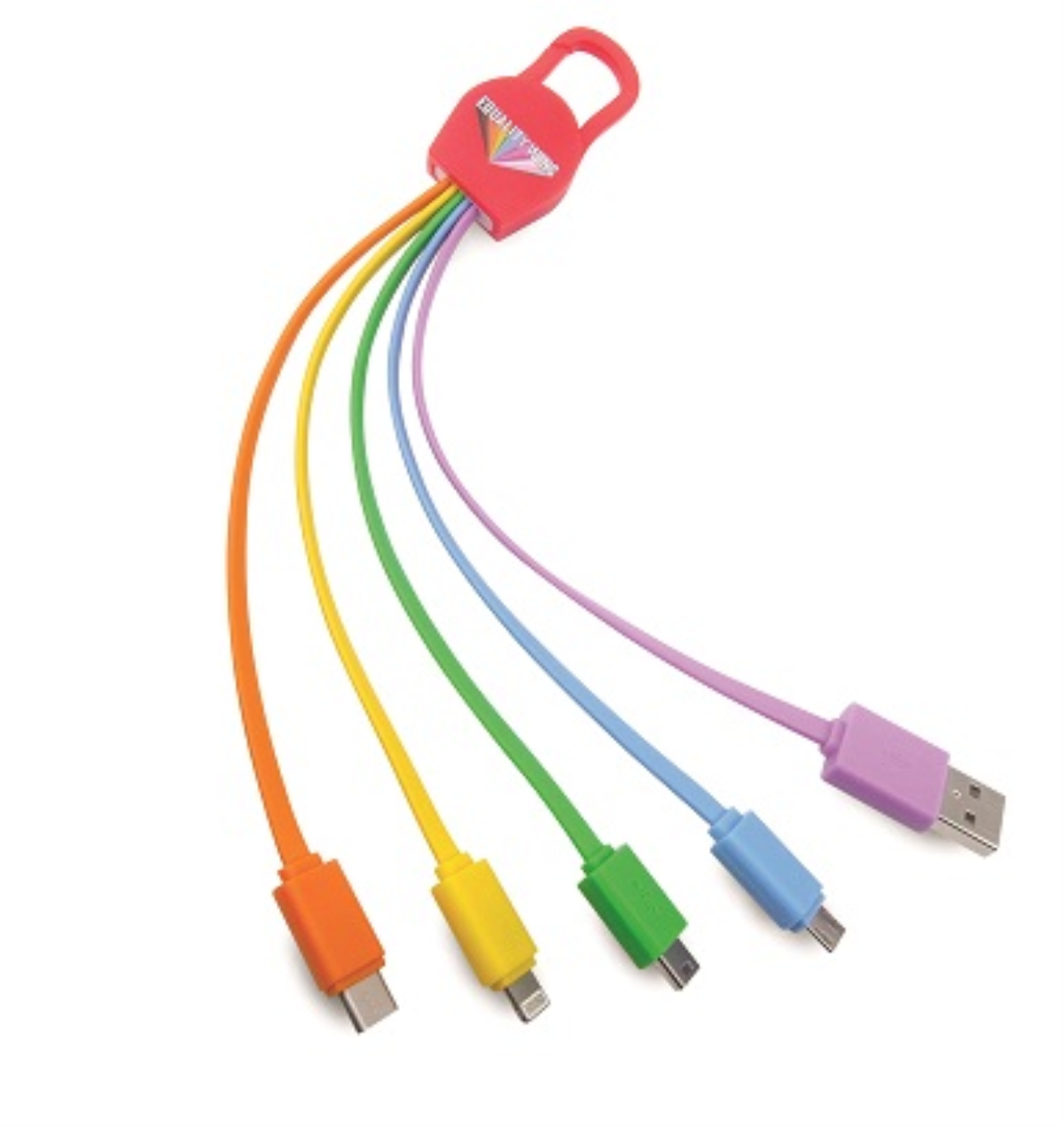 Research from Stonewall in 2018 showed that:

The product can be purchased at www.supportlgbt.co.uk, for £11.90 which includes delivery. £1 from each sale goes directly to LGBT Foundation to fund the vital work they do in supporting LGBT people. It is expected that this product will raise tens of thousands of pounds for the charity.

**Names have been changed to protect the anonymity of those involved.