Names have been changed to protect the identity of the author.

**This Page has content warnings for abuse, including sexual violence and homelessness**

As part of our campaign: 'Lesbian and Bisexual Women & Abuse', Lizzie* tells us about her experiences of abuse.

After abuse: the legacy of self-doubt.

When I sat to write this piece, I was overcome by the familiar anxiety that always hits when I write on my experiences of abuse. One side of me knows I cannot speak to, or for, every LGBT person’s experience of abuse. We are all unique and the categories of abuse so wide (see opposite) that although we often respond in similar ways it still remains our own story. The other side of me knows I still have something to say, albeit personal. And that something may speak to you in a helpful way.

I wanted to open this piece by giving you some stats on abuse. Yet we all know the stats don’t stack up. Many women don’t report abuse. Adult survivors of child abuse rarely come forward either. Some women do not even realise they are being abused. And sadly, the never changing stat that two women a week are murdered at the hands of current or ex-partners doesn’t include transwomen. We have big problems looking at abuse through statistics. So why my desire to legitimatise this glaringly obvious problem using numbers?

It could be because I’m an adult survivor of child abuse. I also survived a rape and attempted murder when I was a teenager. This may seem a strange answer to non-survivors, but it’s something a lot of abuse survivors experience – the need for legitimacy and validity. We’ve been doubted, judged, and often manipulated to doubt our own perceptions. I see it time and time again with the women I now offer peer support to. There is a familiar pattern of self-doubt.

Have you seen the Hunger Games? Well, there’s this really interesting part in which Peter, after experiencing torture and brainwashing, is left asking ‘is this real? Yes or no?’ as he tries to re-establish his sense of reality. He summed up, in one tiny short sentence, what I and a lot of women experience in the wake of abuse. I too was left asking – Is this real? About more or less everything.

As a teenager I ran away from home. I slept rough. Experienced rape. And a few months later survived an attempted murder. Now, some of you reading this will be remembering times in your own life when you’ve experienced similar. Your heart rate will be rising, you may feel a little afraid or nauseous. I’m sorry. We will not hang out here longer than is needed for context. Also, this is my opportunity to say that it’s also ok not read any further. You have not failed to be ‘strong’ (or some other throw away term) by not reading to the end. You are learning to look after yourself. Something someone in your past tried very hard to convince you wasn’t a right you own.

After my childhood and the streets, I developed PTSD. Of all my post traumatic symptoms (flashbacks, depression, and hypervigilance) self-doubt has been the most damaging. It is the most difficult to treat and often disguises itself as a personality trait rather than a product of abuse. Doubt wormed its way into everything. My doubt said things like, ‘can this be right?’ or ‘is this normal?’ about the most mundane aspects of my personality and life. In essence, I had Omni-Doubt which permeated my existence with its smelly toxic fart gas. Not only had I become hypervigilant physically, I’d become hyper-analytical psychologically.

Basically, I spend my twenties knackered. (Scrutinizing every aspect of yourself and experience will do that.) There was days I didn’t even know what music I liked. Some days I was too afraid to choose between a Pot Noodle or toast. Unlike Peter in the Hunger Games, I didn’t have that trusted person needed who would validate my experiences. I was told confusing soundbite wisdom clichés like ‘be yourself’ and ‘you know what’s best for you.’ No one, including myself, realised I wasn’t arriving at adulthood on the same train as other people. As a child I had someone else in my mind, controlling my sense of reality. If they said the sky was pink with purple spots, I would bend white clouds to fit – it was too dangerous not to. In essence, I’d learned to trust my abusers version of reality. To look outward for my sense of self, instead of inward. My early twenties was spent hovering outside my body like a frantic hungry hummingbird looking for the hidden nectar within by asking other people where it was. Needing this level of reassurance from others left me extremely vulnerable to further abuse.

Some women who have not experienced abuse have told me they have felt this too. I don’t doubt that. Women are socialised differently – rarely are we encouraged to embrace or even, heaven forbid, create our own sense of reality. To construct our own belief systems or give meaning and language to our own experiences is not lady-like. Instead, we must wait to be told, are often pathologised, minimised, misunderstood and/or managed by others. Society actively encourages the subservience of women’s mind body and spirits to orthodoxy – take your pick of orthodoxies, to me they are just one head on the same multi-headed beast. To me, all girl-children are subjected to psychological abuse at the hands of society.

Society’s current obsession with heteronormative expression is one such orthodoxy. An obsession which creates and perpetuates myths around women’s sexual identities and experiences. For myself, as a young lesbian woman, being raped was one thing, explaining to psychologists it hadn’t ‘turned me gay’ was quite another altogether. It was a conversation I couldn’t find words for, let alone the self-belief. After all, I’d grown up in abuse. The sky was pink with purple spots. How could I possibly know what I was? How could I decide? Could I say no to men? Men who felt so entitled to my affection that our culture normalises sexual harassment, rape, and assault, as crimes of testosterone not of violence, hatred, power and oppression. Am I allowed to say no just because I’m not aroused? Interested? Because they frighten me? Because I don’t like them? Know them? Or does it have to be something else more valid?

And there we have it.

Big and fat and juicy, and I’m sure you see it too.

Valid speaks to a norm. An orthodoxy. A rightness. And demands justification from anyone pushed outside its stubborn linear demarcations. Why is my sexuality so unreasonable that I have to justify it to anyone? The answer is – it’s not!

Yet I know many people wait for me to ‘get better’ and ‘go back to men.’ Some women I know, myself included, have even tried to fit the heteronormative model as we’d been told this was part of our ‘recovery.’ That we are just having ‘phobic’ responses to penises and we will eventually ‘desensitise’ ourselves to sex with men. We try, we fail… we eventually come out. Or sadly, some take their own lives. Which is why, when I sit here writing feeling overwhelmed by anxiety and lack of truthful numbers, I know I must continue to speak of my experience. Silence breeds confusion. As LBT women we are stronger in conversation, in exchanging our experiences, in allowing our similarities to soothe us. In this way we, as survivors, can realise what is beyond doubt:

We are not broken – no matter how much our pain wants to convince us of such.

We are worthwhile – no matter who, or when, we were told we were meaningless.

We are always moving forward – no matter how many times we feel set back by a familiar foes.

It wasn’t our fault – no ifs, no buts. We all get a choice in how we treat others, they chose their behaviour.

If you are a survivor and notice yourself within my words, I hope they reassure you that what you are experiencing is a normal reaction to what has happened to you. Most survivors are reclaiming their identity and reinventing reality too. You are not alone. If you feel yourself spinning in circles with your feelings or thoughts there are organizations below to help. It takes courage, but you do not have to be alone. The Women's Programme: we're back, we're bigger and we're better than ever! Calling all lesbian and bi women who are BAME, trans and/or older (50+).. Lesbian and Bisexual Women: want to do something positive for your community? 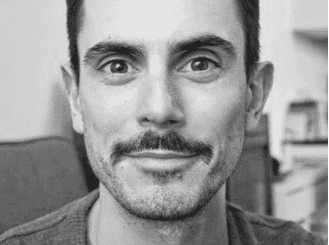 Hep B and Me