Are you over 50, from Greater Manchester and living with HIV? Would you like to take part in a focus group to shape the exciting development of the UK’s first LGBT Extra Care Scheme?

To give a bit of background to the project, in 2017, after discussions with LGBT Foundation, Manchester City Council announced their intention to develop the UK’s first purpose-built LGBT-affirmative Extra Care Scheme in the city and identified the site in Whalley Range the following year. In April 2020, LGBT Foundation secured funding from Homes England to carry out further vital community engagement to inform the Council’s plans. To ensure that the voices of the communities were at the centre of the planning for the scheme, LGBT Foundation launched a survey during the summer of 2020 to ask people about their current finances, their housing situation, their care needs and their thoughts on what the LGBT Extra Care Scheme would look like.

It revealed a stark picture in terms of income levels and people’s ability to plan and pay for future care:

The survey also revealed the urgent need for an LGBT Extra Care scheme in Manchester:

The Housing, Ageing and Care Report based on the survey can be found here

REQUEST: LGBT Foundation has set up a Community Steering Group to advise on the development of the Extra Care Scheme and the group has recognised that we need to hear more from groups across our communities. So to supplement the findings from the survey they will be carrying out a number of focus groups and individual interviews.

The first group they want to learn from are people over 50 who are living with HIV. Your contribution will help to ensure that the Extra Care Scheme can best meet the needs of everyone in our communities.

The focus group will take place online via zoom, with an option to telephone in, at 4.00pm on Monday 7th December 2020 and you will receive a £25 voucher as a thank you for your time.

All comments made in the focus group and interviews will be anonymous.

We particularly welcome attendees who identify as Black, Asian and Minority Ethnic (BAME), trans and/or disabled people as people from these backgrounds were underrepresented in the survey.

* Trans is an umbrella and inclusive term used to describe people whose gender identity differs in some way from that which they were assigned at birth; including non-binary people, people who cross dress, and those who partially or incompletely identify with their sex assigned at birth. 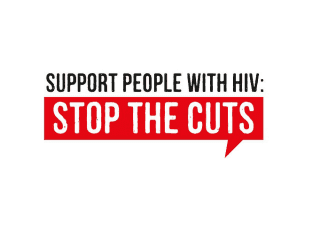 AFA Equalities Board event: Save the date!