This week, the Office for National Statistics published the results of their consultation exercise on what questions to ask in the 2021 Census. In a positive development for LGBT communities, the next national census could be the first to ask people about their sexuality and gender identity.

The 2011 Census did not include questions on these characteristics, despite lobbying from LGBT organisations and others. This has meant there is a serious lack of data on the UK’s LGBT population, including even a reliable estimate of how many LGBT people there are.

Of course, it’s always a personal choice whether or not to disclose your sexual orientation or gender identity, even on an anonymous from, and so we support the inclusion of a ‘prefer not to say’ option for all demographic questions in the census. Research by LGBT Foundation’s Pride in Practice programme found that up to 90% of LGB people are happy to answer a question about their sexual orientation, if they understand why the data is being collected.

Some responses to the ONS announcement have complained that this information is somehow too private or personal to be collected, but it’s important to remember that a question about your sexual orientation isn’t asking what you do in bed – it’s asking about a characteristic that affects your life and your health outcomes, similar to your age or your ethnicity.

The ONS will be testing the questions in a small-scale sample ahead of finalising the questionnaire for the 2017 Census Test, so we’ll be following developments and responding to any further consultation. Let’s hope that in 2021 we can proudly tick those boxes for LGBT! 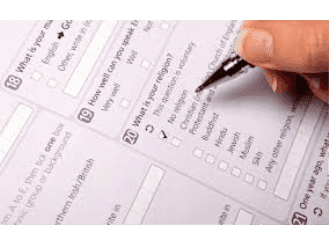