Home / News / International Day for the Elimination of Violence Against Women and Girls: Leave No One Behind

International Day for the Elimination of Violence Against Women and Girls: Leave No One Behind 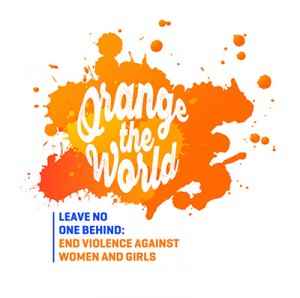 The 25th November is the International Day for the Elimination of Violence Against Women and Girls. This year’s theme is “Leave No One Behind”. As an LGBT organisation, it resounded particularly with us as the experiences of lesbian and bi women and trans women are often forgotten when people think about gender-based violence.

Lesbian, bi women and trans women face disproportionally high levels of violence both by strangers and intimate partners. Research by Stonewall (2012) found that one in four lesbian and bi women have experienced domestic abuse in a relationship, with almost one in ten survivors explaining that their sexuality had been used against them. The review Transforming Outcomes (LGBT Foundation, 2017) found that ‘trans people are most at risk of domestic abuse after coming out to a partner and, in turn, telling them of their intention to transition’.

The particular experiences of trans women affected by violence are often compounded by reduced access to women’s domestic violence services, including refuges with many of them fearing transphobia if they were to access women-only services. (Transforming Outcomes, LGBT Foundation, 2017)

Why are lesbian, bi and trans survivors of domestic violence left behind?

The same research by Stonewall (2012) found that 2/3 of the women they surveyed had been abused by other women. The focus, support and media attention around violence against women and girls is heteronormative – meaning it focuses on contexts where men are the perpetrators of violence and women are the victims.

Whilst support and crisis services are generally working towards being more inclusive of lesbian and bisexual women, the community still find their experiences to be marginalised, overlooked and even eradicated within society as a whole. This leads to survivors not trusting these services and presuming they won’t take them seriously.

The same happens to trans women, with many of them suffering from abuse after they came out or after they expressed their wish to start transitioning but mainstream services still need improvement to welcome these women without questioning their identity or asking them inappropriate questions. According to the Scottish Transgender Alliance, 80% of the trans people who took part of their their study had experienced emotionally, sexually, or physically abusive behaviour by a partner or ex-partner, but only 7% of them contacted a domestic abuse service as they thought that ‘there were no domestic abuse organisations willing and able to assist them’.

This difficulty in trusting services can also explain why 81% of lesbian and bi survivors did not report the abuses they suffered from to the police (Stonewall 2012). With the closure of the special sex crime unit in Greater Manchester, who are police officers trained to support victims of sexual violence, many organisations and individuals are concerned about the impact on reporting and we urge Greater Manchester to not pursue this closure who will input all survivors but particular the most marginalised one.

Lesbian, bi and trans women with multiple minority identities, such as being also BAME, disabled or older face specific violence linked to the intersection of their identities and services should be adapted to their specific needs.

Lesbian and bi women who are seeking asylum also face institutional violence by the British government when, after they succeeded to flee a country where their live was in danger, they will still need to “prove” their identity through showing intimate photographs and videos in order to receive the support they need. Despite the fact that the law say that women who suffered from abuse shouldn’t be held in detention centre, these women are and detaining them is an act of violence in itself.

So what can you do to help?