The Mystery That Is Trans History

— and how Christine Burns is working to address that

Where have trans people ‘suddenly’ come from?

I’m willing to bet that’s a question asked increasingly often by potential allies, what with trans people suddenly on the television, or standing for Parliament and local government, and even appearing on the fashion catwalks from Paris to Mumbai. It’s a very reasonable question too. If you knew nothing previously about transgender people — apart from the latest shock opinion piece in the broadsheets, or the latest faux news hit piece in some tabloids — then you could be forgiven for wondering whether trans people’s relatively recent public appearance was a fad; just part of the zeitgeist.

The stock answer is that people have been crossing gender boundaries for millennia and in every kind of civilisation around the globe. They weren’t called ‘trans’ at the time, and in truth ‘trans’ is a really wide category for gender non-conformity, as we are belatedly rediscovering in 21st Century Western society. People will refer to historical examples, like the Chevalier d’Eon, or more recent stories of people like Lili Elbe ('The Danish Girl’), Michael Dillon or Roberta Cowell. They may also refer to anthropological studies of communities like the Inuits (who have seven gender categories), the Indian Hijra caste or the Samoan Fa’afafine. There are many of these and this isn’t an exhaustive list. Google is your friend if you’re interested to learn more.

But Google isn’t your friend if you want to understand what happened between isolated cases of people transitioning — like Roberta Cowell in 1954 — and what you see today. The reason for that is that people who hit headlines get archived. People who are living on the margins of society — marked as unacceptable by the law or seen as ‘sick’ by the media — don’t get written about very often, or very accurately, so the ability to research even relatively modern history is severely constrained.

That’s a problem I first set out to solve four years ago when I wrote a two part history of the period when trans people formed a campaign called 'Press for Change'. The 25th anniversary of that campaign being set up will occur on 27th February 2017 — this year. ‘Pressing Matters’ was partly a memoir about being on the inside of that campaign, and partly a detailed historical account of how it was formed and made progress. I was only able to write that two volume history because I have well-preserved archives of internal correspondence, minutes and documents. Pressing Matters was self-published as an eBook (Kindle and ePub) because it’s not the sort of book that a publisher would be likely to take a risk on. I had no misconceptions about how niche it was to write even just four years ago.

Even as I wrote Pressing Matters, I was very conscious of the amount of history I couldn’t include. It was my view of what happened, and it was restricted to looking at a particular period in time: specifically the activism taking place in the 13 years between 1992 and 2004.

Trans history in the UK really has two phases though. The first phase started in the sixties. Before that time, the trans people we know about had all individually had to find their own salvation. They found a doctor, they got fixed, and then they mostly tried to settle down. Indeed, settling down and disappearing was very much a precondition of being treated.

During the sixties that changed for the first time. That was when a few trans people began to set up organisations and safe meeting places for people to meet others of the same mind. It began with the formation of the Beaumont Society. Then there were concealed meeting places in back rooms in some of our larger cities — hidden unless you got lucky and managed to find them.

The seventies began with a huge setback. The April Ashley divorce case (1969-70) resulted in a disastrous ruling about the legal status of transsexual people. It meant that documents that could previously be altered to enable people to maintain their privacy and even marry could no longer be changed by officials. There were grace-and-favour exceptions for driving licenses and (in some cases) passports, but there was no actual right to these. This led to a period of almost 20 years where trans people were administratively marginalised in society. It’s a dark age, although as we will hopefully be showing soon, it wasn’t a complete blank space. 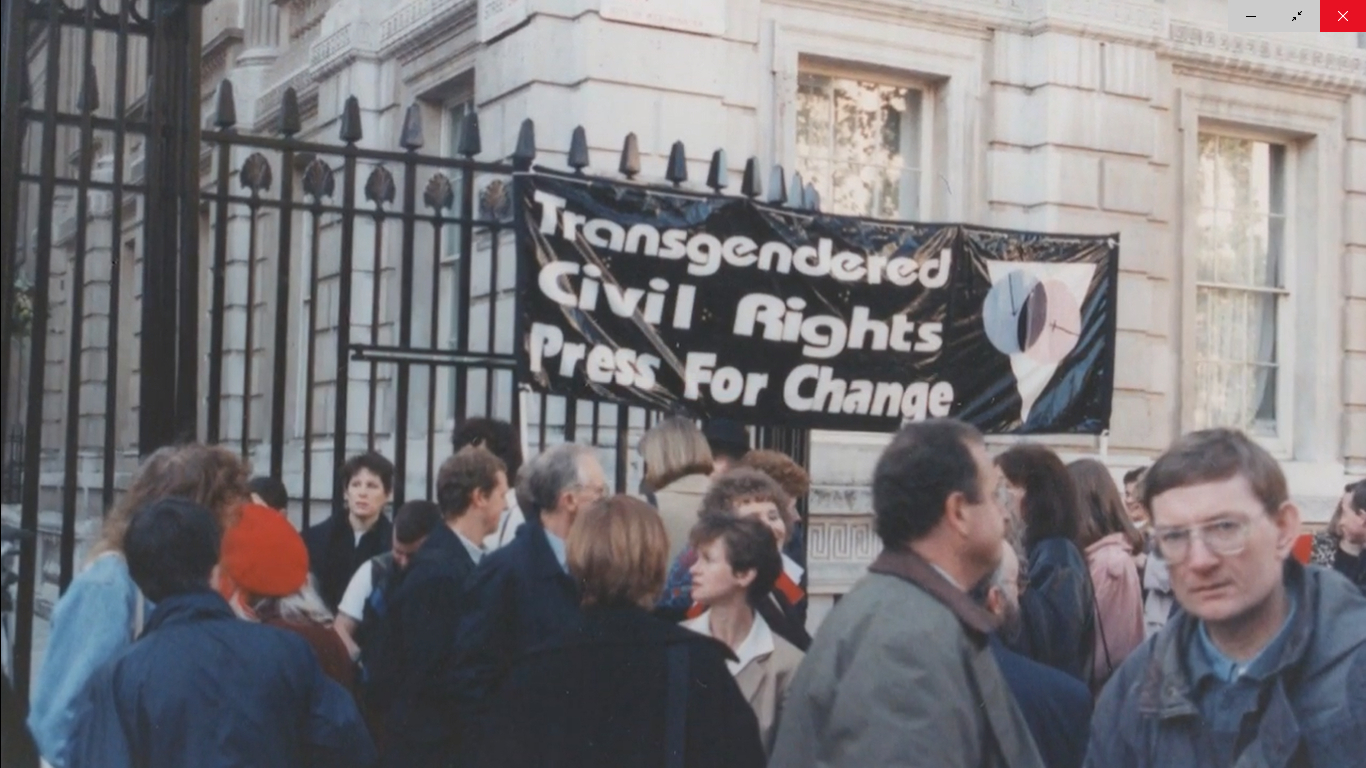 The second phase of trans development really starts with the emergence of people using the law to try and restore their lost rights to privacy and having families. It’s not just about Press for Change. The example which activists and newly invigorated community groups created, coupled with the emergence of the World Wide Web, means that the nineties saw an explosion of activity and major milestones in the establishment of rights.

Everything you see about the trans community today has its roots in those two periods of development and the turning points within them. Sometimes one advance enabled another. Sometimes decisions taken far back in this history have had effects which ripple through the present day and add to the unintelligibility of trans affairs by newcomers. How did Gender Clinics come to be the way they are? How did the negative stuff in second wave feminism come about (it wasn’t there to begin with).

Until now, none of this huge fifty year socio-political history has been fully explored and explained in context. And that’s why I’m setting out to fix that.

“Trans: A British History” is an ambitious attempt to tell the whole story, via the best experts available: the people who were at the centre of the action at every stage. I have brought together 25 eye-witness experts to tell the story in their own words — from the sixties to the present day.

It will be a book full of human interest, as this whole struggle is really about people striving to come in from the cold against the most fearful opposition — against doctors; against the state; against the media; and against general all-round ill-informed prejudice. It’s not just a book for trans people. It’s a book for everyone. Each of the contributors will be under instructions to keep it accessible.

To bring this book to the shops I have agreed to work with a very special kind of publisher. Unbound has a unique model. Most publishers want a lot of control over a book’s contents. They demand that because they are taking all the financial risk. They’ll say to trans authors “can you change this?” or “can you sex that bit up”. It’s why so many trans books have tended to focus on transitions and on sexualising subjects. Our history is too important for that.

The campaign to enable “Trans: A British History” to be published got underway on 24th January 2017 and it was so successful that — 10 days later — it had already reached about 40% of the target necessary to produce it. That’s an amazing response and it shows just how much people value the idea of a unique authoritative book like this.
Share
Tweet